One of the more difficult decisions a dentist faces who is a subject in a disciplinary case before IDFPR is whether to accept or reject a settlement offer involving the reprimand, probation, suspension or revocation of their professional license.  It is not an easy decision and this article provides some guidance on making the right decision.

The majority of discipline imposed on licensees of IDFPR comes as the result of a settlement offer made during the course of negotiations during an Investigative or Disciplinary conference.  Although, a settlement offer can me made even after a formal hearing has commenced.  The purpose of the Investigative or Disciplinary conference is to allow the licensee the opportunity to speak on their behalf regarding the matter under investigation.  What happens many times is that the conference becomes a “plea bargaining” session, with the prosecuting attorney and member of the Board of Dentistry reviewing the allegations and determining appropriate discipline or sanctions and the licensee agreeing to accept or reject their offer. 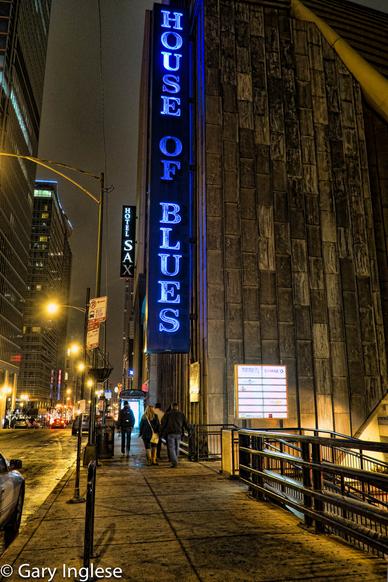 In an average year, IDFPR usually processes 200 valid dental complaints.  Of these, very few actually proceed to a Formal Evidentiary Hearing.  In the majority of cases receiving discipline, the accused licensee agrees to settle.  Agreeing to settle and accept discipline is not always in the best interest of the dentist or their future practice.

Yes or No:  When to Accept a Settlement Offer and When to Not

It is sensible to accept an offer of settlement when you feel you are guilty, the offer is reasonable under the circumstances and it is likely the discipline imposed after a hearing would be greater.  The following should be considered:

The reason not to accept a settlement offer is when you honestly believe that you have done nothing wrong.  Another reason not to accept an offer of settlement is when the offer is too harsh or severe for what was alleged.  Accepting an offer that you cannot live with will only lead to future regret.  Instead, it would be better to force IDFPR to prove its case and let the Hearing Officer and Board of Dentistry make the determination.

If you think IDFPR cannot prove its case, the dentist should reject and settlement offer and force IDFPR to a formal hearing.  At hearing the licensee is not required to prove anything.  IDFPR has to prove that the licensee violated a provision of the Dental Practice Act and must do so through clear and convincing evidence.  That is a burden that is not always easy, especially years later after the fact.

How are you at taking chances?  Do you have the means and are you willing to accept the odds that IDFPR will not be able to prove their case?  If IDFPR cannot meet the burden of proof, then there cannot be discipline.  Sometimes during or after a formal evidentiary hearing a more reasonable settlement offer is tendered.  You can generally assume that the Department attorney does not want to commit to the preparation of a formal hearing.

There are also tactical considerations.  In some instances it makes sense to refuse a settlement offer and defend the case at a formal hearing --  even if IDFPR is likely to prevail and even if the imposed discipline would be potentially more severe.   It normally takes over one year from the time a disciplinary case is initiated until all of the components of an evidentiary hearing are completed.  These components include:

If the decision is appealed in Circuit Court in an “Action for Administrative Review,” the imposition of any discipline is delayed even longer. If the licensee is close to retirement, it might make sense to force the matter to a hearing.  Also, if the disciplinary offer made by the Department includes the loss of license for a long period of time, it might make sense to force the Department to prove its case at hearing to gain time to gather resources and prepare for the time the licensee will not be permitted to practice.

A further reason for not accepting a settlement offer and deciding to go to a hearing is simply having the opportunity to have one’s “day in court.”  A disciplinary offer is usually made at an informal “Disciplinary Conference” by the IDFPR attorney assigned the case with input from a Board member, also at the conference.  The offer is based on a review of the Investigative reports in the file and a brief question and answer session with the accused during the Disciplinary Conference.

If the same case is tried at a formal evidentiary hearing, the accused has the opportunity to tell his or her full story and to call witnesses and introduce evidence to support his or her positions.  There is the opportunity to cross-examine witnesses who testify against you. After all witnesses for both sides have testified and the full story has been aired, the full Board reviews a transcript of the hearing, the “Findings of Fact, Conclusions of Law and the Recommendations” of the Administrative Law Judge.  Then the Board prepares a recommendation to the Director of the Department concerning what discipline should be imposed, if any.  The discipline imposed after a formal hearing is based upon the collective judgment of the Board, your peers, rather than an offer made by the assigned attorney.

The effect any discipline has on your ability to make a living is also reason to refuse an offer of settlement.  This is true if you hold a license in another state.  Any discipline taken against a license is reported to the National Practitioner Data Bank and to the Healthcare Integrity and Protection Data Bank.  Professional discipline is also reported to the licensee’s malpractice insurance carrier and to insurance companies for whom the licensee is a provider.

The ultimate effect of having a professional license disciplined can be far-reaching, in summary, when faced with the decision whether to accept or reject a settlement offer, consider and discuss the following items with appropriate legal counsel:

A settlement offer that does not provide for reportable discipline or negative consequences is easy to accept.

Whether to accept a settlement offer from IDFPR or not